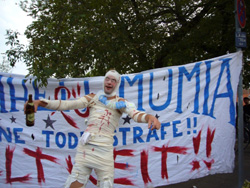 The demonstration must be televised

Johann Shütt, the author from Germany, shared with you his ideas about demonstrations in Europe.

If you watch the evening news or read a newspaper in Europe, you will always find at least one story covering a demonstration. You see regular people, strange looking people and sometimes even animals, waving billboards, shouting slogans and marching through cities. The reasons for all this noise are simple, but sometimes forgotten.

First of all, the concept of a democracy only works, if the people are more or less in control of power. Because elections are held only every few years, demonstrations and petitions are the only way to voice your opinion and hopefully influence the public opinion and thus the people in charge. Secondly, if there is a screaming mob standing in front of a politicians office, he will realize that people do care about what he does and that his actions and decisions are monitored. Thus he, in principal, cannot do whatever suits him best, but what suits the mob. Last but not least, a demonstration is the only possibility, if you’re not a journalist or a movie star, to get whatever message you want to communicate out to the public.

Public attention is inevitable for a demonstration. Other than Scott-Herons revolution, your demonstration must be televised. Everything else would be just like setting up a billboard in the desert. So every demonstration faces at least two problems. Firstly, the thin line between staging something interesting but meaningless and communicating just a boring political message. That’s actually what the various protest theater groups (dressing up like clowns and other stuff) and other NGOS (Greenpeace carrying whales to Japanese embassies) are struggling with everyday. It is really a thin line. When I was in Rostock during the G8 summit (curiosity brought me there), I asked some demonstrators what they were going to do. They were rattling on about all the stuff they were going to do, but not on what kind of message they were actually trying to communicate. The second thin line every demonstration is walking on is between provocation and pure violence. The German state does not actually like demonstrations, since they mostly mean trouble of some sort or another. That’s why the policy has an intention to keep the demonstration in a strict set of rules, in other terms boring. If the demonstration does not provoke the policy and other authorities and stretch the set of rules, the media will not be interested, thus the message unheard. On the other hand, if the provocation ends up in violence, the thrown bricks and bottles will be the only thing televised and the message will be lost (a Rostock based newspaper had a picture of a protester throwing a brick covering its whole first page). This is especially a problem, since the demonstrating crowd is not a coherent one. Some people want to walk peacefully, some people just want to listen to some free music and get drunk while others like to throw bricks at the policy. Talking to various people in the camps in Rostock about what they are doing here yielded the following answers:

1) “I want to express my opinion about this, unofficial undemocratic world government; I want dept release for Africa…. Etc.

2) “All cops are Bastards, the government is corrupt elite. This is not a demonstration, this is war. We have to fight them with all available means.

3) “Protesting ? Well I don´t care much for that. I am just here for the party. Tomorrow I will go to the Baltic Sea take some LSD and relax on the beach.”

A demonstration is nothing without the people walking. But who are those people? Usually the young! As somebody once said: “ Wer mit 19 kein Revolutionär ist, hat kein Herz. Wer mit 40 noch Revolutionär ist, hat keinen Verstand!“ Out of the young, it’s mostly the students that protest, since they have two ingredients which are inevitable for protest and demonstration: An opinion and free time. Those people are usually very honest and eager. Their only problem is that they sometimes get detached from the people they are actually fighting for. That’s why you sometimes get conversations like this:

A: “Well we have to fight for more unemployment money and better social benefits… those people they really suffer under the current system!”

A: “I am studding politics in Berlin.”

B: “You ever lived from social security money?”

In conclusion, I actually enjoy being on a good demonstration, even though hypocrisy; stupidity and violence are sometimes the only way to get televised. It’s very soothing to know that there are people that don´t agree and actually watch what the government is doing. Additionally I believe that a certain amount of dislike for the government and its executives is a very healthy and necessary thing. 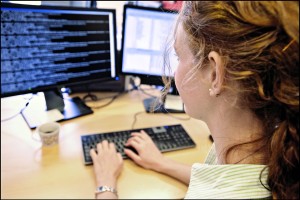 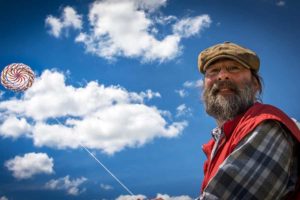